Will Planet X Signal the Rapture? 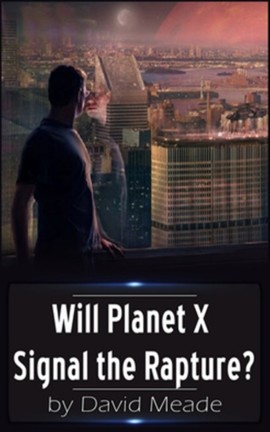 My inspiration for this book was a vision that I'm aware of where it was revealed that in October of 2017 (I know the day but I'd rather not mention it at this point, but it is in October and in the very latter part) that Russia, China and North Korea would use a combination of drone submarines and unmarked container ships to engage in a nuclear attack on the US coast. The attack will occur between midnight and dawn, and they will attack both Britain and the U.S. simultaneously. God told him that as soon as the missiles appeared on the horizon, the rapture of the church would occur.

The Russians are planning this at a compartmentalized, high and secret level, and the reason for the date they have chosen is that it commemorates the 100th anniversary of the Russian Revolution. Afterwards, with Israel's protectors neutralized, they will invade the Middle East as Israel has a warm water port and the largest oil and gas fields on the planet (now known as the Leviathan gas fields).

The book, chapter by chapter, goes into the Biblical basis for this event and its precise timing. It explains what will happen afterwards. It most of all explains how an astronomical object, called by some Nibiru and also known as Planet X, will create the very environment from which such events occur.